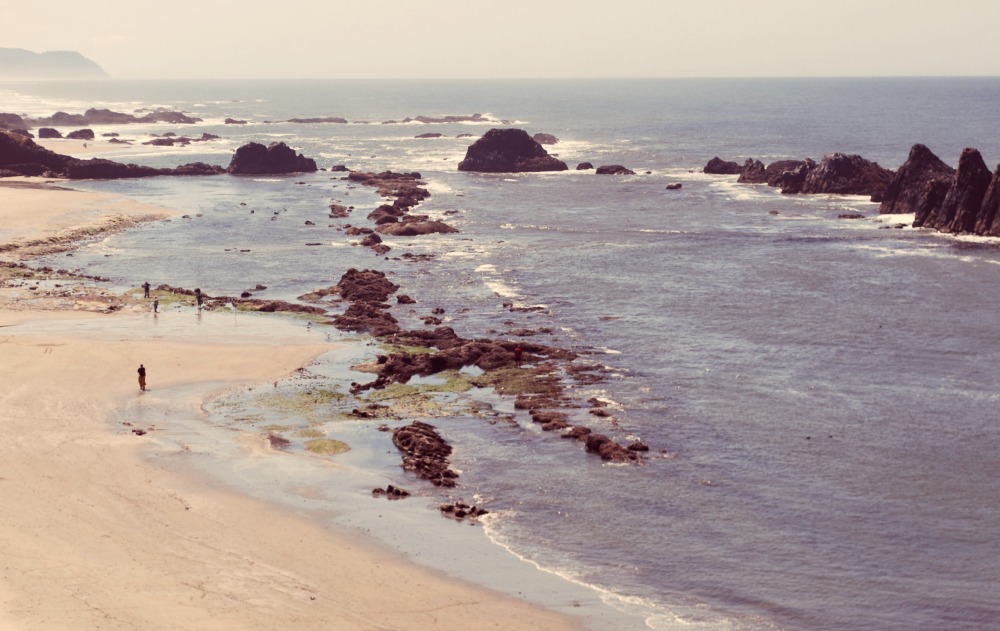 Eventually though, the undertow dumped me out of its grasp. Just as impersonally as it had gripped me in the first place. My feet hit the sandy bottom, and I crawled onto the beach. However, this was a new land. Where my roles had changed, and with scenarios I had never navigated before. And at first I was incredibly weak and shaky. And grieving for the land that I could never return to. That time had passed. Additionally, the memory of my time in the ocean would hit me like a wave, swelling from the deep, threatening to overtake me. Questions, and an urgency to figure out a solution filled my mind. How was I to live in this new land, and be in relationship with the grown-up boys, and the new granddaughter, and my new older self/spouse, and how would I find meaningful purpose in this place? How do I navigate the bombardment of information in this new place? How do I quell my anxiety about re-engaging?

With time however, I started noticing the beauty here. I found people who had also been pulled out to sea by an undertow, and were recovering from their own traumatic experiences. We gave each other hugs and encouragement. And one day I woke up in a bed of clarity and understanding and renewed hope. And the very valuable information – that I should never go off my anti-depressant without someone monitoring my state of being.